“ Nadi “ means to seek in Tamil language. It is the seeking of a soul when it is in search for answers about life and its path. Nadi astrology is a divine message to the soul seeking for these answers in their life. Nadi astrology has been written by the ancient saints of india who through their meditational and spiritual powers could become one with the gods. These saints are considered the reincarnation of the gods themselves. Through these powers they have contributed a lot of information for the wellbeing of the future generations. These people were the ancient rishis of india who applied their minds to the various aspects of life such as medicine, astrology, astronomy, religion and created wonders for the human civilisations. By their enlighten power and divinity they could know the past, present and future of this universe and they have recorded this information on ancient palm leaves. They have also envisioned about the future souls that are going to be born on this earth and have written secrets about the life path for them. 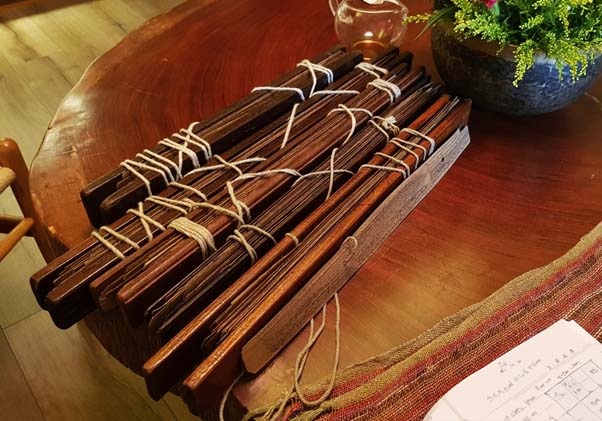 This information can be availed to the souls of today by this super science called Nadi astrology. It has been written to various number of blessed souls born on this earth disrespect of the religion, caste or country they are born and it matches to people from most parts of the world. Nadi astrology mainly speaks about the path of the soul from one birth’s to another and it also gives guidance to the path the soul should follow for the soul to attain its attain god.

We the normal human souls, when we wish to help the people of the world we can only do this by physical helps. Ancient Rishis being enlightened, powerful souls had the spiritual powers to help the soul directly and on a soul level itself. This is the primary purpose nadi had been created by the ancient rishis. By showing the life path and the path of the soul they are directly helping the soul to live a guided life and thus attaining the enlightenment in the process.The reason for maharishis writing the nadi leaf is that the rishis wanted to do some good humanity. They wanted to help the soul from being born again and again on the earth and experience the suffering of this world again and again. They wanted to give a guidance to the soul to attain moksha. How can this enlightenment of the soul be attained? If a soul has a guidance towards its goal in life it can lead a focused life to attain it, if not the soul is in search and it is misguided and attracted towards unnecessary desires in life and this may result in accumulating more sins and unfavourable effects and may lead to be born again. This cycle may lead to the soul being born again and again in this world and experience the suffering of this world. By knowing ultimate goal of the soul, the soul can lead a more direct and focussed life. Nadi gives information and insight about the soul’s path and the guidance to attain enlightenment. When we humans want to help other humans, we are mostly bound to help them physically, when Rishis wanted to help the souls on this earth they have helped them on a divine manner by providing them information and guidance about their life paths. The rishis have given guidance directly to the soul to lead a life towards its ultimate goal using these nadi leaves. This is the most significant guidance that one can get to live a good life that will allow them to attain enlightenment. The same principles were taught by Lord Buddha. Buddhism mainly teaches us to keep away from any desires.

Out of all the nadi sastras by the rishis of india, Siva Vakkiyar Rishi has written the Siva nadi Saint Siva Vakkiyar is one of the powerfull saints among the 18 saints and is even considered to be the incarnation of Lord Shiva himself. The Siva nadi leaves is the most accurate and has more information compared to other nadi leaves. Although our family possess nadi written by the various rishis, we mainly follow Shiva nadi to most of our clients since we find it to have be more accurate and detailed than the nadi written by other Rishis.

Remedies are the most important thing that a person can do to reduce the effects of the troubles caused by past birth sins. Nadi astrology not only gives information about the troubles that are caused that will happen because of past birth sins, it also gives the necessary remedies to reduce or to avoid these troubles coming in a person’s life. These remedies suggested in the nadi leaf mostly in terms of temple visits and poojas. By doing the remedies mentioned in the nadi one can greatly reduce or even avoid some problems or bad effects on a person’s life. Remedies are an opportunity in one’s life to influence the effects of the past birth sins that someone has in his life. It can ease and reduce the suffering during the hardships of life and also pursue it with better mindset of facing the tough times.

The nadi predictions have not been written for all the people of the world. These predictions have been written for the worthy souls who are bound to attain enlightenment in this life or the upcoming lives. If the nadi prediction is written for a person wherever he is in this world he will come to get his guidance from the nadi leaf. In the same manner people who have their nadi leaf written for them get their nadi leaf and the guidance from it when the destined time comes for this person. Nadi itself means “to seek” in tamil. Our generation of nadi astrology has been done for more than 250 years by our ancestors in the family. And our 5th generation is currently is giving the nadi guidance to the people. Our nadi library in maintained and preserved by our nadi family. This library is used by our brothers and members in the family for nadi guidance. This family library is in maintained by our family in Vaitheeswarankoil in south india.