Our Nadi heritage dates back to more than 4 generations.

The Nadi tradition has been followed by our family of Guruji Arul Siva Arumugam through the generations. Our family belong to the valluvar clan and our ancestral profession is Astrology and our Family have specifically preserved this nadi tradition and our nadi library through the ages.

Our family belongs to the Valluvar caste the descendance of the great Tamil poet Thiruvalluvar. Astrology is our caste’s primary profession through the ages and our family has specialised in Nadi Astrology. 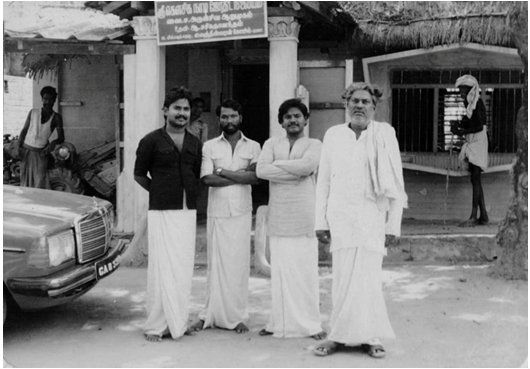 OUR FAMILY HERITAGE OF NADI ASTROLOGY

The Nadi tradition had been originally followed It is here at our centre nadi astrology was born for the modern world. Most of the Nadi Astrologers around the world have been directly or indirectly trained by Guruji. Arul Siva Arumugam’s family.

Our nadi leaf library has been treasured and maintained by our forefathers through the generations. Our fore fathers have been astrologers to the great kings of India , there are also records through history which state their usage at the times of King Akbar and also The great Buddha.

Our nadi centre has been in operation over 4 generations and has also been the birthplace of Nadi Astrology for the modern times. Currently our nadi centre has about 25 well experienced nadi readers who have been practising this ancient science with us. They are also well versed in other languages such as Telugu, Kannada, Hindi and English.

Our nadi centre has more than 20 nadi readers who operate under the guidance of GurujiA.Sivasamy. They have been part of our Nadi family and they carry out the tradition. They are also well versed in other languages such as Telugu, Kannada, Hindi and English which enables them to explain the predictions to people from all over India and the world with accuracy. 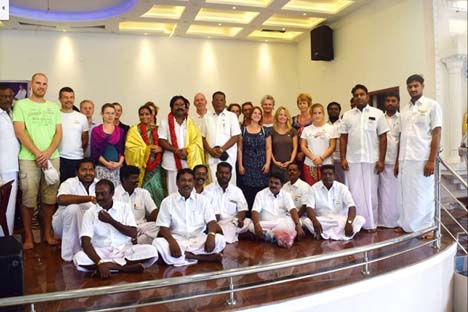 Nadi predictions are written in ancient tamil literature in the form of songs or poems, they cannot be interpreted by a common man who knows tamil and needs years of training to read these scripts. The predictions given in the nadi leaf does not have the direct answers to the visitor’s problems. It is very important for the reader to interpret the given predictions correctly and derive the answers for the seeking visitor. Here is where the nadi reader’s experience makes a big difference in the predictions one receives. A less experienced nadi reader can even get the meanings wrong in some cases. So the experience of the Nadi reader is vital in getting a enlightening experience.

We do not have any active advertising campaigns for our service and office. 80% of the work we do are mainly through satisfied customer’s referrals.